Why Does Netflix Use The Letter "N" As Its Primary Symbol? 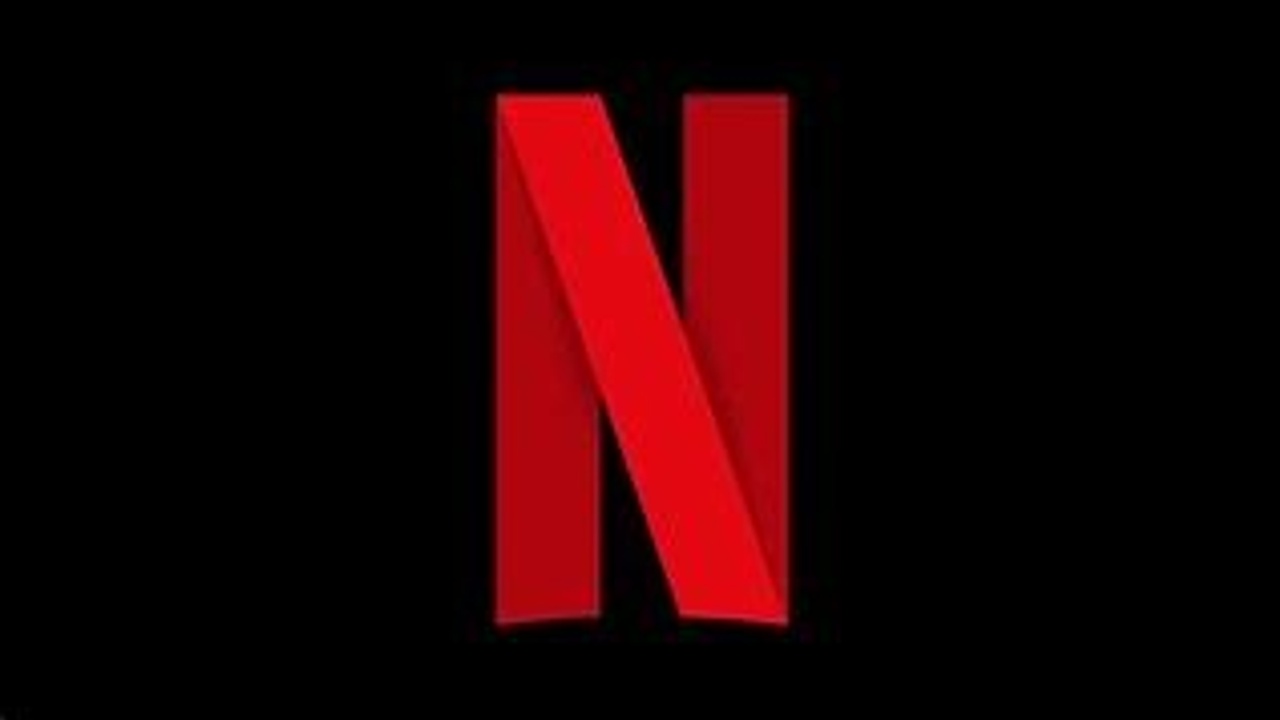 N is the 14th letter of the alphabet. Basic word magic is about distilling letters down to one number by adding numbers together. For example.... N = 14 and 1 + 4 = 5 and 5 is the E, the fifth letter of the alphabet. E is the invisible magic like e-commerce, e-transfer, e-motion or e-lectricity. Most words involving invisible forces affecting physical reality start with the "e" for this reason. 5 represents the ether, the invisible magic, the 5th element, the top point of the star drawn on the ground or table during a magic ceremony designed to summon the invisible spirits, the invisible magic/ghost or spirit that affects physical reality....that you can't see. The star has always been used to represent the 5 ingredients of our reality.....earth, water, air and fire....PLUS THE 5TH ELEMENT.....the invisible magic.
We live in a magic world where black magic sorcerers are using the ether against all of humanity. Our evil human farmers know how the 5 elements work and they know how to control the most important element of the 5, which is the 5th element, the invisible magic. Science or psy-ience is about brainwashing people to ONLY focus on the 4 visible elements, so the black magic magicians who really rule this world can have full control of the 5th element, the invisible magic....without inquiry or question. Scientists (brainwashed through psychology to only think in one way and to only focus on the 4 visible elements) recently discovered that 90% of the measurable energy needed to keep the moon in place was MISSING, so they ended up calling that missing energy force DARK MATTER, which is a magic invisible force they can't measure with their psy-ience. (psychological manipulation keeps the scientists running east looking for a sunset) Science is mind control system designed to make sure the masses don't see the magic ether or the 5th element, so the magic ether can be used at will by people running the show down here on this planet. The same families who run Netflix are the same people who've organized the psy-ience in all the schools. This is how old this con job really is. If you only focus on the 4 visible elements and not the 5th element (the invisible magic)…..you're wide open for manipulation by ancient dark forces on this planet. Look out the window today. See what's happening? That's what will always happen when you don't know anything about the N, the ether, the invisible magic or the 5h element. You become a farm animal, to be slaughtered at will by dark sorcerers who know how to use the 5th element against you.....through your TV. Look into the magic light of the TV and you'll always do as your told.
TV is a magic device used to invisibly change the perceptions, ideas and beliefs of anyone uneducated enough to look into its soft glow. Once you get up off the couch after looking into the mind control hypno control device called a TV, your ideas and perceptions are changed...…..but the change was invisible. This is why Netflix uses the N as its symbol because it's designed to get you into the NET with the FLIXering light from the magic brainwashing device. Get in the net through the magic light and let the black magic sorcerers in media (me-die-a) take full control of your mind, your body and your soul. Most people think we're a very advanced society but the magicians ruling us from the shadows are as old as history itself and beyond. Don't look into the TV if you want to prosper. You're dealing with forces on this planet you know very little about. The way the invisible 5th element magic works is very simple. You will become what's on the screen. This is why your architects of doom only put panic, fear, crisis, chaos, evil, hedonism, addiction, divorce, single parents, broken families, weak men, war, soulless females, contradiction, confusion and perpetual self gratification on your screens. What you see is what you'll be. What's on the screen in the morning will be on the streets in the evening. What goes in through the eyes will be manifested as physical reality by your nervous system....which is also magic. You are magic too. That's another big secret. This invisible magic is as old as time itself and its been weaponized against you. Your screens are weapons. Protect yourself. Look away before you manifest the complete destruction of everything you love. Evil is real. Evil is LIVE spelled backwards for a reason. The word devil is LIVED spelled backwards. Start paying closer attention. Find a conspiracy theorists and ask them what's really going on if you want to live. Media and government are manipulating you through the 5th element. Look away from the TV screen and protect yourself. 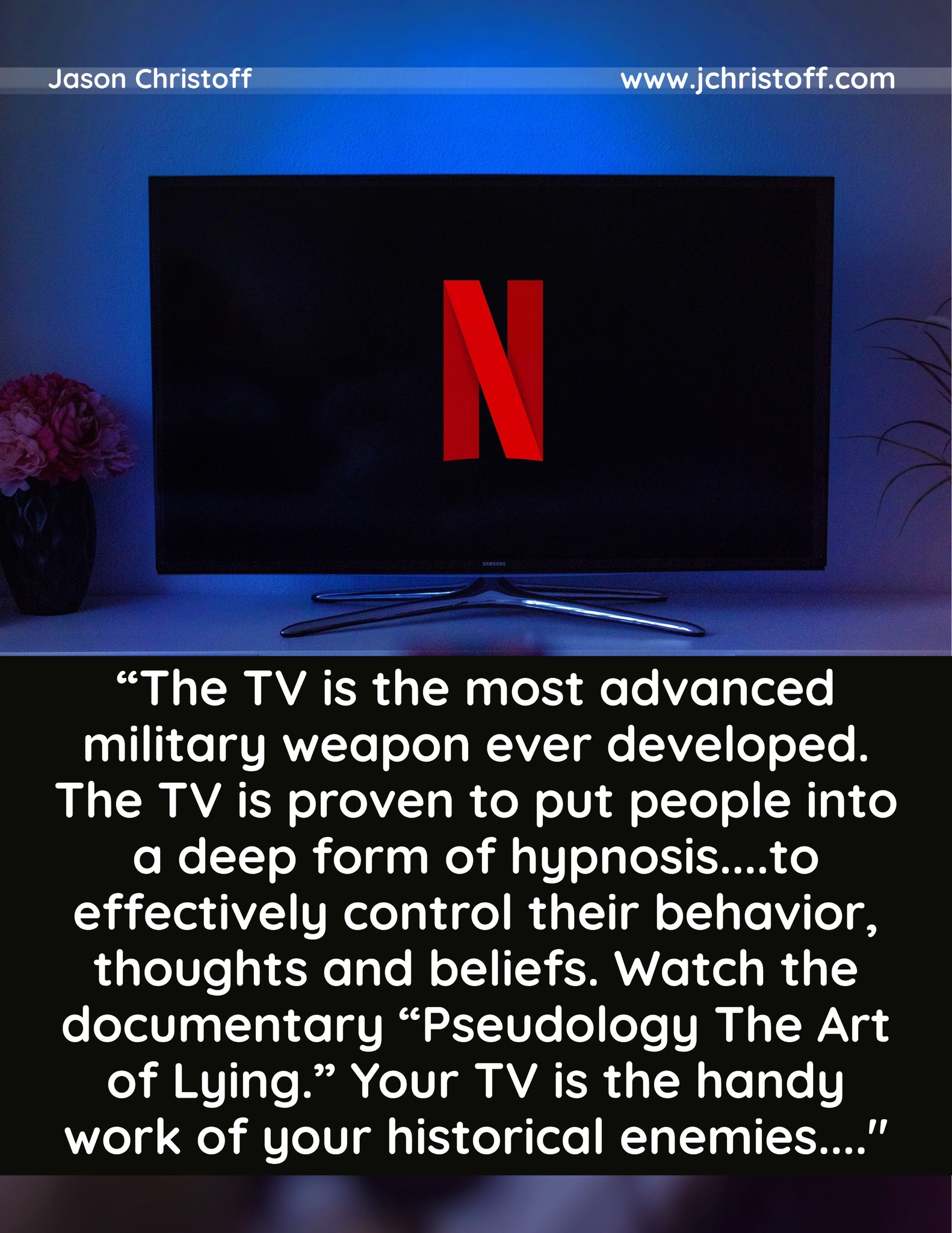