WHY IS THIS DOCTOR INJECTING HIMSELF WITH BLOOD FROM AN AIDS PATIENT? 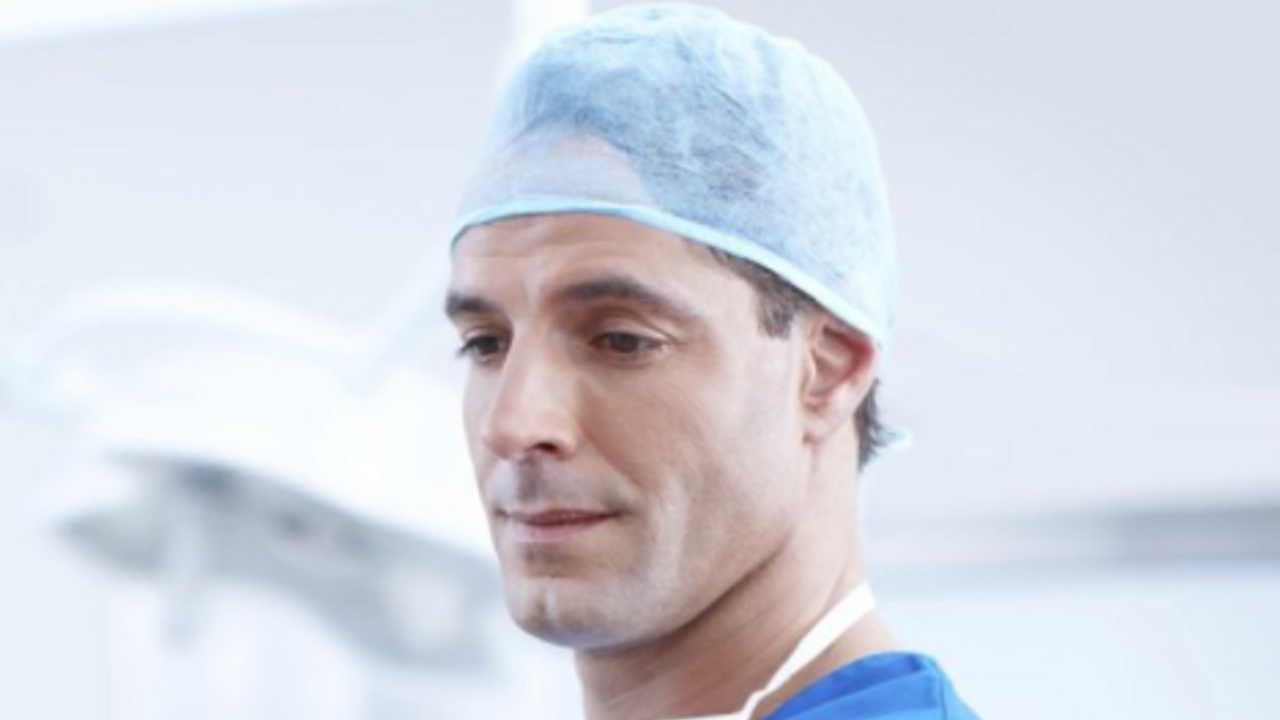 What You’re Not Being Told About AIDS……..

1) 95% of original confirmed AIDS cases were heavy drug users, the other 5% were malnourished and substance abusers (alcohol, medical drugs etc) of some kind

2) many were gay but not all and the connection between the patients with their immune systems failing was undernourishment, with drug use being the primary factor that caused the immune system to collapse and a death cycle to be initiated inside the body

4) in fact no HIV virus could ever be isolated from an AIDS patient EVER and for a very good reason, the body is proven to destroy HIV instantly, on contact……

5) the reason the gay community presented large populations of people with their immune systems failing was an outright drug and substance abuse problem within portions of the gay community at that particular point in history. Sick people existed and plenty were from the gay community but it had nothing to do with a virus. This wave of sick people was created by extremely self abusive chemical based lifestyles in conjunction with extremely low or absent nutrition. HIV has never been proven EVER to cause AIDS. Party for days, take drugs, don’t eat and you’re going to get very sick.

6) currently no test exists to detect HIV in patient blood anywhere in the world. The blood testing claimed to be for HIV/AIDS is 1) The Western Blot or 2) The Elisa Test, none of which test for any virus, including HIV. These tests confirm inflammation or antibody response (immune system activation) and again do not test directly for HIV or any virus for that matter. There are 100 documented false positive triggers as well for these tests, which include positive HIV declarations after someone takes something like a Tylenol or even has an alcoholic drink the night prior to the test. Anyone who has been declared HIV positive anywhere in the world has been declared HIV positive without the HIV virus being anywhere in their body. Think about that for a second. If that sounds unbelievable you need to watch the video below for confirmation.

7) to be diagnosed with AIDS you must be classified as having 25 separate symptoms relating to a break down of the immune system, already classified in the medical literature as occurring to any human who is poisoned and who lacks the proper nutrition to run their metabolic functions effectively. AIDS already existed in the medical literature for centuries but under the section of what happens to the body when it’s poisoned and when a human doesn’t eat properly. Corrupt forces within medicine, science and government took drug addicts who didn’t eat (from the gay community), who presented completely predictable breakdowns of the immune system (from poisoning and undernourishment) and told the world they had a viral disease that never existed, in order to keep a very sinister agenda rolling forward, hidden by yet another new and elaborate disguise called “AIDS“.

8) So why would the medical system lie about viruses, which don’t exist, attacking and killing people, without addressing the undernourishment and drug abuse that was PROVEN to be causing the sickness and immune deficiencies in the first place? Why would our human farmers lie to the public in order to prescribe a failed chemotherapy drug (AZT), proven fatal…..to people who were already self poisoned within an inch of their lives with street drugs? Why would the medical system lie to the public claiming AIDS was killing patients when in fact a lack of nutrition, unhealthy lifestyles and the AIDS drug AZT were causing all the premature deaths? What happens when you use Hollywood, government, medicine, science and the media to drive hundreds of thousands of sick people into hospitals for the most toxic and fatal drug ever legalized (AZT) and then all 5 parties advertise that HIV is causing the pile of dead bodies and not the drug or unhealthy lifestyles? How scared does a population get when a sick person enters a hospital, dies almost instantly from the prescribed drug……but the death is advertised as being from an out of control virus that DOESN’T EXIST? Connect the dots. You’re smart enough to put it together. The answer regarding medical, science and government fraud…..involving the stealth euthanasia of large tracts of the human herd is always tied to the ancient pseudo-science of eugenics. which is documented at this added link. Click here to view.

I’ll let medical doctor Dr. Robert Willner take it from here, describing all of the above and plenty more…….inside one of the top 10 medical con jobs of all time. Do you know what’s going on? Are you sure? You can also read Dr. Robert Willner’s book, describing all of the above by clicking here. It’s also important to know the Dr. Willner died (was murdered) via a heart attack 4 months after the below video was made. Click here to view the CIA’s heart attack gun, so you understand the “heart attacks” occurring in many of the people brave enough to step outside their mind control programming and tell the truth, as Dr. Willner did.

“Nothing works the way you think it does………”  Jordan Maxwell

“Hell is empty and the devils are here………” William Shakespeare

What is also odd is that the test used for HIV in the 80’s is the same test being used for COVID-19…….and the inventor of this test (process) understood clearly that what he invented was being abused by the people in power during the HIV/AIDS crisis (to literally hunt and kill members of the LGBT community and others) in the same ways the RT-PCR process is being used today to hunt and kill billions across the world today via a new upcoming kill shot and infertility/tracking vaccination. And if you think that’s really odd……..it was Dr. Anthony Fauci who was protested against during HIV/AIDS scamdemic to falsely label people as having HIV and then killing those falsely labelled people with the killer black box labelled (and recalled) AIDS drug AZT. Fauci, Fauci, Facui……..click here to see a whole documentary on little HItler Fauci during the AIDS/HIV scamdemic.

But wait……..like a bad infomercial there’s more. Fauci proved he could use the PCR test to start and stop the HIV/AIDS plandemic at will……..as is explained CLEARLY in the video below. Now little Hitler Fauci, for the secret societies who employ him, is doing it all again with the COVID plandemic. Some more info in article form at this added link.

If you believe that COVID is real, you’ll most likely end up as an AIDS/HIV patient did in the 80’s and early 90’s. Murdered by the medical system, which is actually an ancient sacrificial death cult, still operating today. This isn’t just about profit….this is about ancient traditions, inside an ancient death cult religion from our ancient past, being dressed up today so it can still operate above ground. Do your research. COVID is fake, the test is fake but the death cult hijacked government does intent to murder anyone uninformed enough to believe any of this……….AGAIN. That part is not fake. If you know anyone taking this test or is watching enough TV to think any of this is real and they may consider taking this kill shot/infertility/tracking vaccine (so their life goes back to normal) they will end up very sick or in the grave yard. 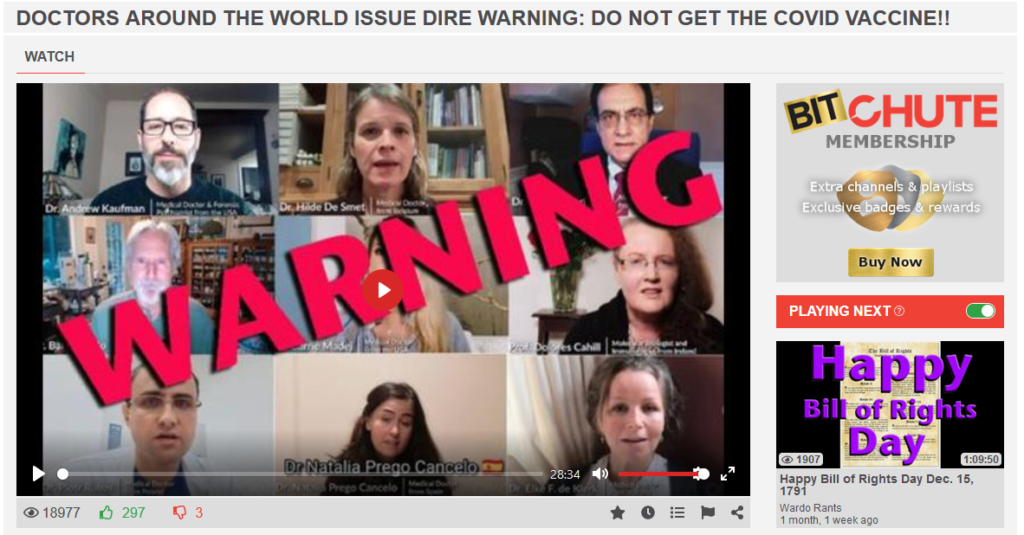