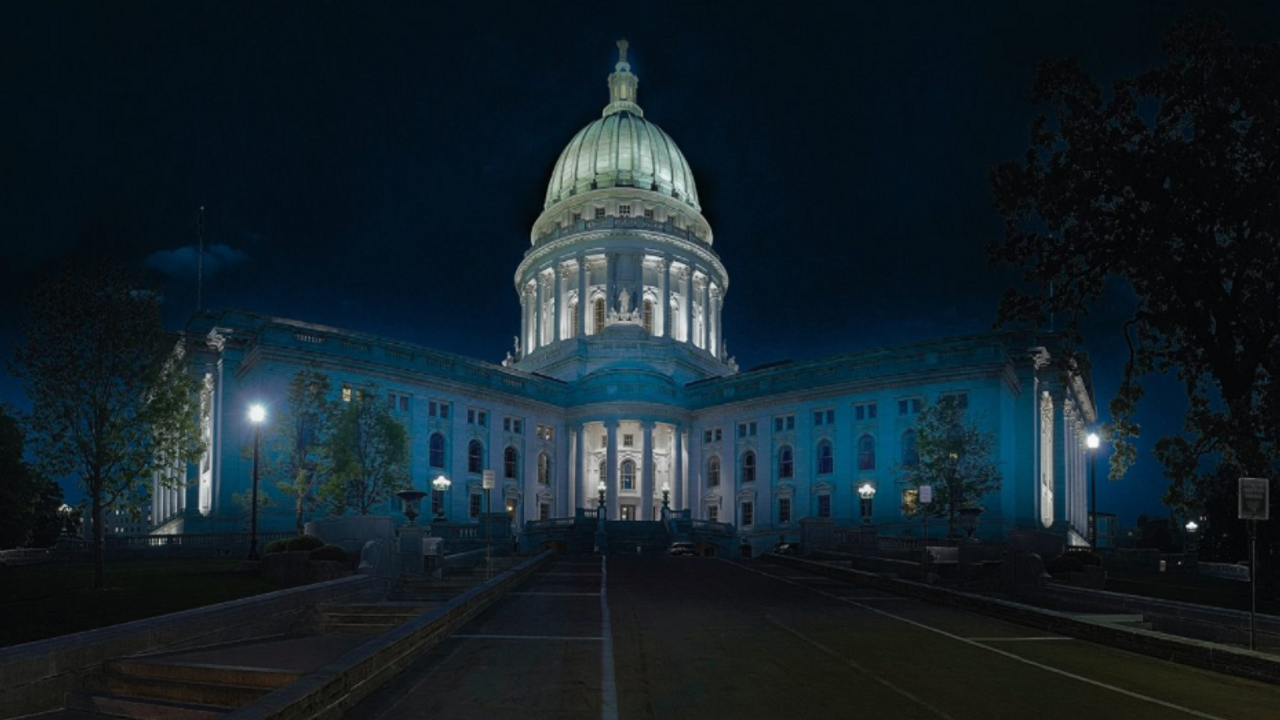 I was talking to Canada’s top Constitutional Lawyer yesterday, a man named Rocco Galati. He explained to me that the average person has no idea how many freedoms have been removed at this point by a corrupt government or how hard those freedoms were fought for in the first place. Boat loads of blood were shed to attain those freedoms from an immoral ruling class or what I like to call the “predator class“……and now inept citizens have been tricked into cheer leading for these exact freedoms to be removed. The predator class or priest class are now over joyed that everything is sliding backwards into a religious dogmatic form of rule. What has taken thousands of years to get (regarding our freedoms) is now being stripped away illegally and the average citizen is so uninformed (and uninterested) that they have no frame of reference regrading what’s really happening. Let’s review the top 4 illegal government maneuvers that have been implemented since COVID began, so the average person can understand that we’re moving backwards into a form of control that people gave their lives to avoid, only hundreds of years ago.

a) A Measured Response After Declaring An Emergency – all governments have emergency declaration measures within their statutes, Emergency declarations are instituted in order to take full control of the resources of that society in case of an emergency. I don’t believe this should be afforded to any government but in the end, human rights are never to be encroached upon regardless of what emergency is declared and all governments still have to prove that they took a measured approach to the emergency. Measured means rational, logical and equal to the threat at hand. As Canada’s top Constitutional lawyer stated to me….”no government is permitted to smash a fly with a sledge hammer, as it sits on a glass table“…….but that’s exactly what we’re seeing in response to COVID. Each government action taken has to be proven as absolutely required (without the violation of basic human rights) and today that isn’t being done what so ever. The COVID pandemic is clearly being fabricated, with the Canadian government proven to fabricating both COVID death figures and COVID infection numbers. What pandemic needs faked death and faked infection statistics? What pandemic needs hospitals cleared of all other services, as those hospitals sit empty of pandemic victims? What sort of pandemic needs a COVID test kit, which is proven not to test for COVID and proven to inflate COVID infection numbers in NON INFECTED citizens? What sort of pandemic needs staged media releases? All that information can be found in two articles…..CLICK HERE and HERE. The Canadian government, as with all governments around the world, are openly lying about the pandemic in order to try and justify a still unmeasured response to the issue. COVID is being used as an excuse to de-evolve the government system to that of the old slave/master structure. The old royals of this planet want to return to the days of Kings or Queens ruling a perpetual slave class, without any rights, freedoms or liberties what so ever. The most insane part about this are inept citizens begging to be returned to a slave existence, begging to have their rights stripped from them.

b) Bypassing of The Legislative Process – the Canadian government has shut down its Parliament, while still passing dictates, acts and mandates……….which are not laws and have not followed the checks and balances afforded to Canadians under their based Charter of Rights and Freedoms. Again, we see an unmeasured response to the threat of COVID in regards to Canadians having their basic rights and freedoms removed, for a threat that is proven no greater than the common seasonal flu. We’re seeing no novel spike in overall deaths rates compared to 2018 and 2019. What we are seeing are regular deaths, in regular populations. from regular diseases, at regular rates……..advertised by a mocking bird media system (in collusion with an illegally run government) as irregular. Acts. dictates and mandates are simply “the say so” of a dictator within an emergency response declared dictatorship. To trigger this emergency declaration under false pretenses is illegal. To enact an emergency declaration without a measured response is also illegal and against your basic human rights. Millions of people in our recent and not so recent past have given their lives to guarantee your basic human rights and inept citizens country wide are literally giving those hard fought rights away because they’ve been purposely made ignorant by a corrupt media system plus a dumbing down government education system. The same people demanding their rights be given away are the follower types who repeat “Lest We Forget” every Nov 11th. We need to remember the war dead, who died to guarantee our freedom before we give it away in a heart beat because a corrupt media system is pumping in TV generated fear into every Canadian living room. The forces who are executing this faked COVID draconian take over of all world cultures couldn’t have done any of this unless the pubic were first made scared, overweight, sick, weak, ignorant and inept by chemicals, toxins……and both media and government indoctrination systems. Medicine has poisoned our brains chemically and government schooling/negative role modelling media has destroyed us psychically.

c) Taxation Without Representation – at the time of the Boston Tea Party, a half percent tax was placed on tea coming into the 13 colonies by the King of Britain. That half percent tax was enough to ignite the anger and rebellion in the population, with many freedom fighters risking their lives that day to protect their most basic human rights…….which is no taxation without representation. Today of course the average Canadian gives away on average 50% of their hard earned labor to the crown, which still controls Canada today with an iron fist. The issue of taxation without representation in a nutshell is…… if you’re going to tell the public what to do in anyway, the people being told what to do have to be involved directly regarding what’s taken and what’s given back in exchange. Sometimes public money is required for larger projects, which can’t be funded privately and if those funds are required through taxation…….the political group asking the public for the fruits of their labor need to be held personally responsible and accountable for the process involving the removal of public funds. Simple stuff….you just can’t enact laws, theft and control of the public without them being involved in that process. If the process becomes unfair, intolerable or abused in anyway…there must be options available to the public, to arrest the process or inquire about remedies etc. What this means if that the people claiming rule over you, must be within arms reach for inquiry or even removal, if they abuse their office or charge. Taxation without representation is exactly what’s happening today as we are still forced to pay taxes and there is no local representation within provincial or federal Parliament because those legislative bodies have been closed due to COVID-19…..which is again proven concretely not to exist. All these issues dove tail together because what this means is that currently we’re under the rule of dictators who are evoking their will, without the public’s ability to interfere in the process what so ever. In the blink of an eye we’ve already lost about 250 years of democracy, freedom and rights……which we had to kill for, in order to exact those freedoms from the ruling class centuries ago. The average BOZO on the streets has been programmed by media and government lie-ahria to exchange their rights and freedoms for safety. Safety from a virus that doesn’t exist, other than inside the TV screen. This media hoax was conjured up by the people who rule us from the shadows. Let’s see who the Prime Minister of Canada really serves, just so we can understand who’s pulling his strings and giving him the orders to destroy each Canadian where they stand. Come on folks, connect the dots. You don’t have much time left.

d) Ruling By Unelected Officials – all points above culminate into this fourth area of concern. Our elected officials have handed off and out sourced their personal responsibility to unelected third parties. This bypasses all democratic channels of responsibility and accountability to the public, who are supposed to hold a punishing hammer if the elected officials do not represent the wishes and will of the people. The unelected health officials feel no sting and are outside the grasp of retribution regarding public holding those unelected officials responsible or accountable for obvious failures. Nothing the health officials are mandating or instituting reflect the will of the people what so ever and worse than that, the health officials enacting various illegal and tyrannical dictates upon the public REFUSE to provide the cited science and research to validate their actions, beliefs or ideologies. And if it couldn’t get any worse, due to the inversion programming our society has undergone over the past 50 years, those health officials have been at the helm of our health care system…….only to oversee our society’s complete collapse into ill health. These health officials have nothing to do with health and everything to do with poisoning the public with big pharma toxins. Our health officials can’t make anyone healthy and they’ve failed the public miserably yet they still retain a monopoly on the word “heath”. Everything they’re doing during the faked COVID scamdemic (from 6 foot distancing to mask wearing from from the closing of businesses to fake COVID test kits that don’t test for COVID) are proven to make each person sick, no exceptions, straight across the board. Dr. Buttar below explains the ill health affects of mask wearing.

In the end, what COVID is being used for is a complete reversal of basic human rights, ending with a depopulation/sterility vaccine…….which will cast our entire society back into the dark ages. And we need to remember we could have never have got here unless we were taken over from the inside, by outside forces. As individuals we would have had to place personal concerns over the concerns of our society and the perpetuation of that society. From the teacher who says nothing about vaccines poisoning her students because she’s afraid to lose her job to the doctors that poison for a pay cheque…..our system was corrupted a long time ago and a corrupt society attracts evil like rotten meat attracts the maggot. Wake up before it’s too late and start saying something. If you’re not using your social medial to sound the alarm, you are part of the problem. This sort of eugenic campaign only works long term if the people who witnessed the transition are removed and therefore their eye witness testimony removed from historical record. Read that last line again and wake up. They are planning on removing any witness to this fall of democracy and striking it from historical record. You have about 6 months before the real slaughter begins. Try finding your voice before that. Trust me, we need it.