The Most Common Forms of Self Sabotage 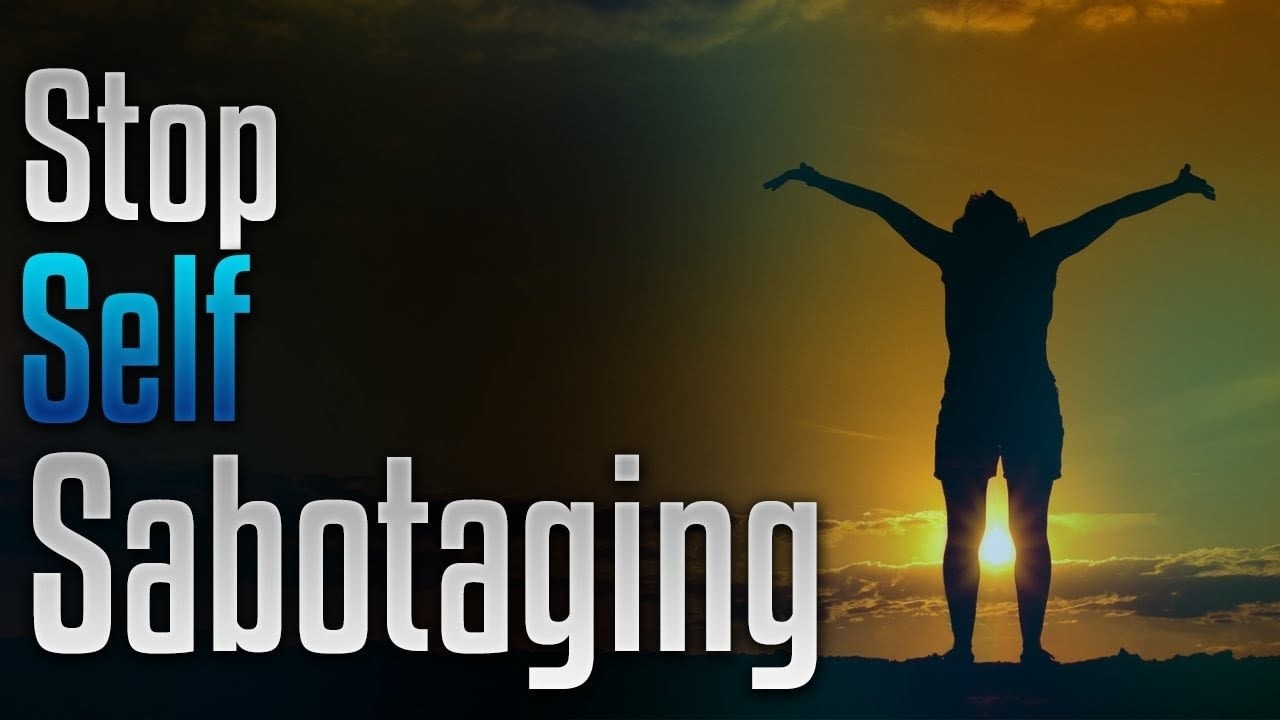 All forms of self sabotage accomplish the exact same goal.
Each form of self sabotage accomplishes the same goal, even though each form of self sabotage is dressed up in a different disguise. Each form of self sabotage pushes the person down into a mediocre, below average and underachieving way of being (in regards to that person's full potential) because humans are hard wired to seek safety and security in the majority. The majority today are purposely designed to be underachieving, mediocre, diseased, addicted, dis-empowered, depressed, dysfunctional, disoriented, child like, dependent and reflexively obedient to corrupt authority......due to social engineering that makes them weak both physically and mentally. Saying all that, humans aren't born to think, act or behave like this whatsoever. Humans are purposely engineered today to be EXTREMELY MESSY by a small group of ruling families, who have hijacked both government and media around the world. Social engineering is just another word for behavior modification, psychological manipulation, brainwashing and mind control.
Taking full control of a human's behavior is relatively easy. The only science that's truly settled is the science of psychology. The people who rule you can psychologically manipulate you at will, through media and government, to do absolutely anything.....including believing in things never proven to exist and to push poison under your skin as a way to protect yourself from something never proven to exist...…..and a million other illogical things in-between. The art of psychological manipulation is the only science that's truly settled.
So although people generally have a wide array of self sabotaging habits, their general fear of greatness (which ends in their perpetual self sabotage) is mostly imprinted into them by a corrupt government and media system. You don't hear about any of this in the mainstream media or in the government school system, simply because the mind control techniques used against the public are so simple, the average person could resist them if they were pointed out. So what are the most common forms of self sabotage? Well they're simply anything that keeps you wasting your time, energy, money and human potential.........so you fit in with the underachieving hoards that surround you. As for those underachieving hoards that surround you and your natural genetic drive to fit in with the majority, that group of underachievers are purposely manufactured by government and media. (via social engineering) It's a simple cycle. You're a pack animal and you seek safety in the bigger group. Corrupt media and government socially engineer trends and "bigger groups" within our inverted society. Your genetic propensity to fit in, go along to get along and mimic the herd takes care of the rest.
Our social engineers then give you every freedom in the areas that don't count (known as free-dumb) and you self sabotage your way into bonding with the dysfunctional herd, by dedicating your life to being mediocre, underachieving and equally dysfunctional. Coffee, alcohol and junk food are very effective at dulling your shine. Toxic medical drugs, narcotics and playing the perpetual victim also do a good job at beating your own potential out of you. Porn, working jobs you don't like and wasting your time watching a screen while on the couch (as your best years float by)….those work pretty good too. Self doubt, low self esteem, low self confidence, stinkin-thinkin, perpetual drama and starting fires in your own private life also bung things up as well. Cosmetic surgeries, steroids, spending money you don't have. collecting tattoos and every other addiction in-between are all really good ways the subconscious part of your mind keeps you sliding across the bottom in life.......so that you fit in with the crowds who are programmed to do the exact same. Anything but being your best....is the end goal program of your social engineers working their black magic from behind the TV and movie screen.
Fitting in makes us feel safe...…but that's the trap. There's no safety being overweight, stunned, diseased and broke. But there is indeed lots of safety afforded to the ruling 1% when the public can be psychologically manipulated to be overweight, stunned, diseased and broke. Overweight, stunned, diseased and broke people rarely fight back and are easily governed, ruled, manipulated, stolen from, controlled and lied to. Very "safe and effective" for them, not so much for you.
How you're tricked into having a passionate love affair with your worst life (through psychological manipulation) is a very interesting subject. You may want to look into that subject a little deeper in 2022, if you want your life to change in a positive way. You basically have two choices. You can allow your social engineers of doom to program your behavior through their corrupt media and government productions or you can program it yourself. I can show you how to program yourself to success or you can keep allowing your human farmers to program you into complete disaster. It's up to you. Visit jchristoff.com for some reprogramming options. 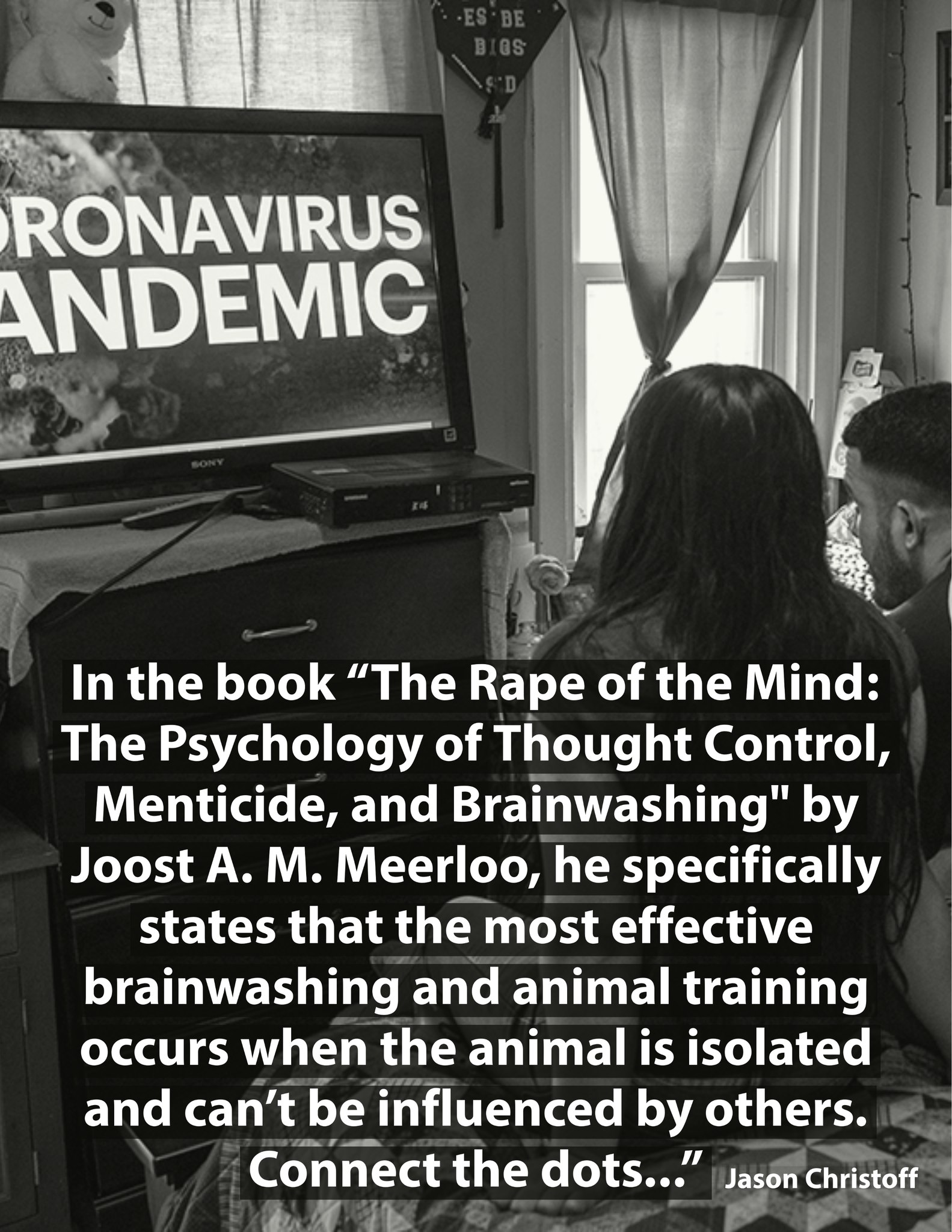