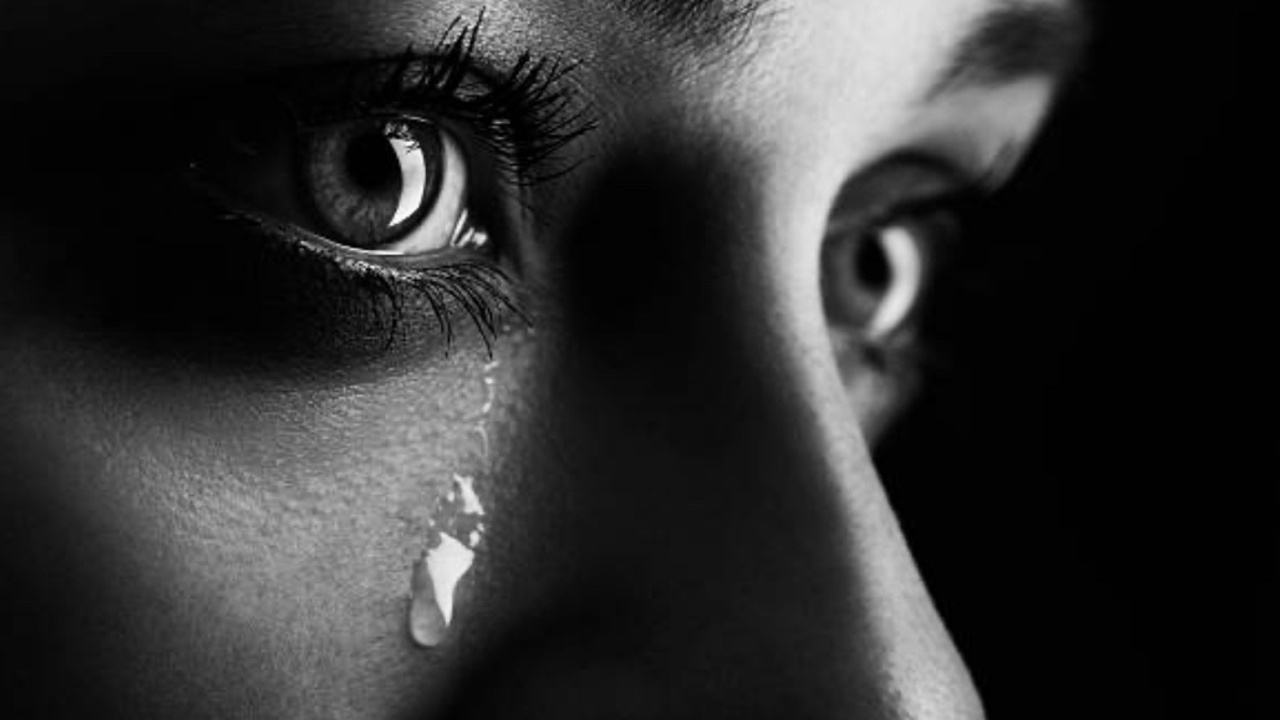 I was working with a client once. He was in pain and he didn't like pain. By running away from pain he only got more pain. Here's why. In our North American culture of "every second of life is supposed to be fun and entertaining" pain is advertised as a goblin when really it's a guardian. As my client grew up in North America he never realized that he was constantly groomed psychologically (via very simple behavior modification techniques) to believe pain meant he was broken or defective.

All government public schools are involved in this psychological programming, to make people believe pain is a goblin that must be destroyed upon arrival. This is why all government elementary schools have removed the failing of children, sport's events were children are ranked according to their athletic performance and now even in California (the woke left epicenter of destruction on the planet, along with NY City) they've made the grades D, E and F....illegal. Why? Because telling someone they need to improve and having them rise up inside an adverse and hard challenge is what the corrupt government really wants to get rid of. The pain (the goblin) of failing isn't what they're trying to rid the public of. What the corrupt government is really trying to get rid of is the evolution that will most often manifest in the person when they're placed under pressure, conflict or pain.

Pain is part of the natural GPS system in all human bodies. Pain means you need to change, in order to avoid the pain. Changing means evolution, progression, advancement and increased personal empowerment. Pain means you take your natural rite of passage from child to adult. A society of adults are harder to rule. A society of infantalized humans, of adult age, is easy to rule. That's why the corrupt government wants to block pain because by doing so they block change. If you don't change, you always stay as a mentally dependent infant, which means you're easier to rule, dominate, govern, steal from, lie to, control and manipulate. Government is in the business of governing obviously. If you're weak, dependent, child like and you never took your painful rite of passage from child to adult (because you're pain adverse).......it's a complete win for the corrupt forces who pose as your altruistic governments. Pain is a guardian, not a goblin.

This "avoid pain at all costs mind control program" is insidious and riddled throughout the very fabric of North American life. Most people can't see it because it's everywhere and nowhere, all at the same time. Just look at the average hang over. The pain is there to send the message "you need to change paths, you're drinking poison, you're killing yourself, you're going in the wrong life direction" but inside our inverted society no one wants to hear the message that the pain teacher brings. So they take a Tylenol and keep moving farther into an empty and soulless existence. Some people are depressed because they work jobs they don't enjoy, they use their mouths as garbage compactors and they interact with the world as perpetual dependent infants. Those depressed people, who are depressed for a reason, are told to "take a pill, avoid your pain, don't listen to the message, don't change, keep doing what makes you depressed but take this pill, which has increased depression and suicide as listed side effects." It doesn't make any sense of course. That entire illogical cycle has as its basic foundation "pain is bad, avoid pain, pain is a goblin, pain means you're broken and defective, run from your pain and ignore the message that the pain teacher brings." It's a stupid way to address pain because it only brings more pain. The misleaders and professional liars ruling us know this and program us this way purposely so we're better slaves.

Many people keep walking the left hand path in life (warned about in scripture) because they've been mentally mind controlled to want nothing to do with their own pain, which is actually half of the natural adaptation system that has always protected us for our entire time on this planet. As you walked through the jungle 1000 years ago, avoiding pain is the only thing that actually kept you alive. Feeling pain, remembering pain and reacting to pain is the primary survival system we're all born with. Avoiding and ignoring pain (1000 years ago) means you're going to get bitten by every spider, crocodile and killer hornet in the jungle. Avoiding pain means you're going to die a painful and premature death because your natural protection system has been taken off line. Although we don't live in a jungle today, there are still many things you need to avoid (like corrupt government, media, medicine and science) during your day to day life so you don't end up an absolute human disaster. If you avoid pain, like my client was doing, you only get more pain. Pain is a guardian, not a goblin, and pain has the most valuable messages for us.....regarding moving toward a happy and healthy existence. Most humans self sabotaging today do so because they've been programmed to run away from pain before the pain delivers them the only message that would make their life better.

So back to my self sabotaging client, who was in pain because he wasn't listening to his pain. He had a girlfriend who was also programmed to avoid her pain. In a society full of people taught to avoid their pain, many of these folks pair up and self sabotage their relationships into nothingness. His girlfriend has low self esteem, which caused her pain but she didn't want to listen to her pain either so she did everything she could to rid herself of her pain. Her main adaptation to low self esteem and the pain that brought her was to constantly seek the attention energy of other men, whenever possible. She was a black hole of attention and adoration. The attention was in one side and out the other. There was never enough attention to fix the low self esteem because when you avoid pain, nothing ever changes and nothing is ever fixed long term. This was her drug she used for avoiding her pain, which isn't bad unless you're also playing the role of loyal girlfriend.......which she was.

This cycle terrified my client and put him in pain. Girlfriends were supposed to be loyal according to societal norms, his girlfriend wasn't and this put in him in pain as confusion, doubt and fear are all various pain energies. When he would confront his girlfriend regarding her constant "outside the relationship" activities of consuming male energy as her pain killing drug, she would lie to my client.......in order to avoid more pain for herself. She avoided pain as a sport but so did my client. Reality was out and pain killing illusions were the order of the day, for both of them. That's the odd part of this entire cycle, it started and ended with everyone avoiding pain, in order that more pain be created long term. My client also avoiding his own pain because his girlfriend would lie to him and tell him he had nothing to worry about and that everything was fine, which took away his pain for about 24 hours. After 24 hours passed......the pain started again because the pain teacher was being ignored. Do you see the cycle? No one wanted to deal with their pain and listen to the message, in order to evolve into full fledged adults, so that the pain would go away and pleasure could finally set up shop. Short term pain avoidance guarantees long term pain accumulation.

Then my client started to have his own affairs, in order to take away his pain caused by his girlfriend, who was having her affairs because she didn't want to deal with her pain. Of course this only caused more pain for both of them because that's the cycle of pain avoidance. You only get more of what you're avoiding and the pain teacher only yells louder when you avoid the valuable messages that the pain teacher is designed to deliver in your life. I told my client firmly, "sit with the pain, don't avoid it, don't sedate to it, don't tranquilize to do it, don't call your girlfriend when she's out and ask her to lie to you, call off your affairs immediately (right now, regardless of pain it causes everyone involved), face the pain, invite the pain in, have tea with the pain, ask the pain for the message that only it can deliver, let the pain guide you, pain isn't a goblin, it's a guardian, sit with the pain for 1 full week without trying to run from it, I'll be back". 1 week later I returned and asked "what did the pain tell you?" and he said "the pain said I can ask her to face her pain and evolve or I will face mine and move forward without her" and I replied "yes, pain is there to help you move forward, evolve and progress. Never avoid it." And just like that, his self sabotage cycle was over. He politely asked his girlfriend to address her pain and evolve, in order that they could evolve as a couple. If she didn't want to, he would face even more pain and evolve himself. It's was that simple. Either way, peace was going to be the long term outcome.

If you want to overcome your own personal self sabotage, work with me one on one and also start an online business (or even side hustle) as a certified self sabotage coach, just click here. https://bit.ly/3q37vcT

If you want to overcome your own personal self sabotage ONLY, click here. https://bit.ly/3HMZsaa 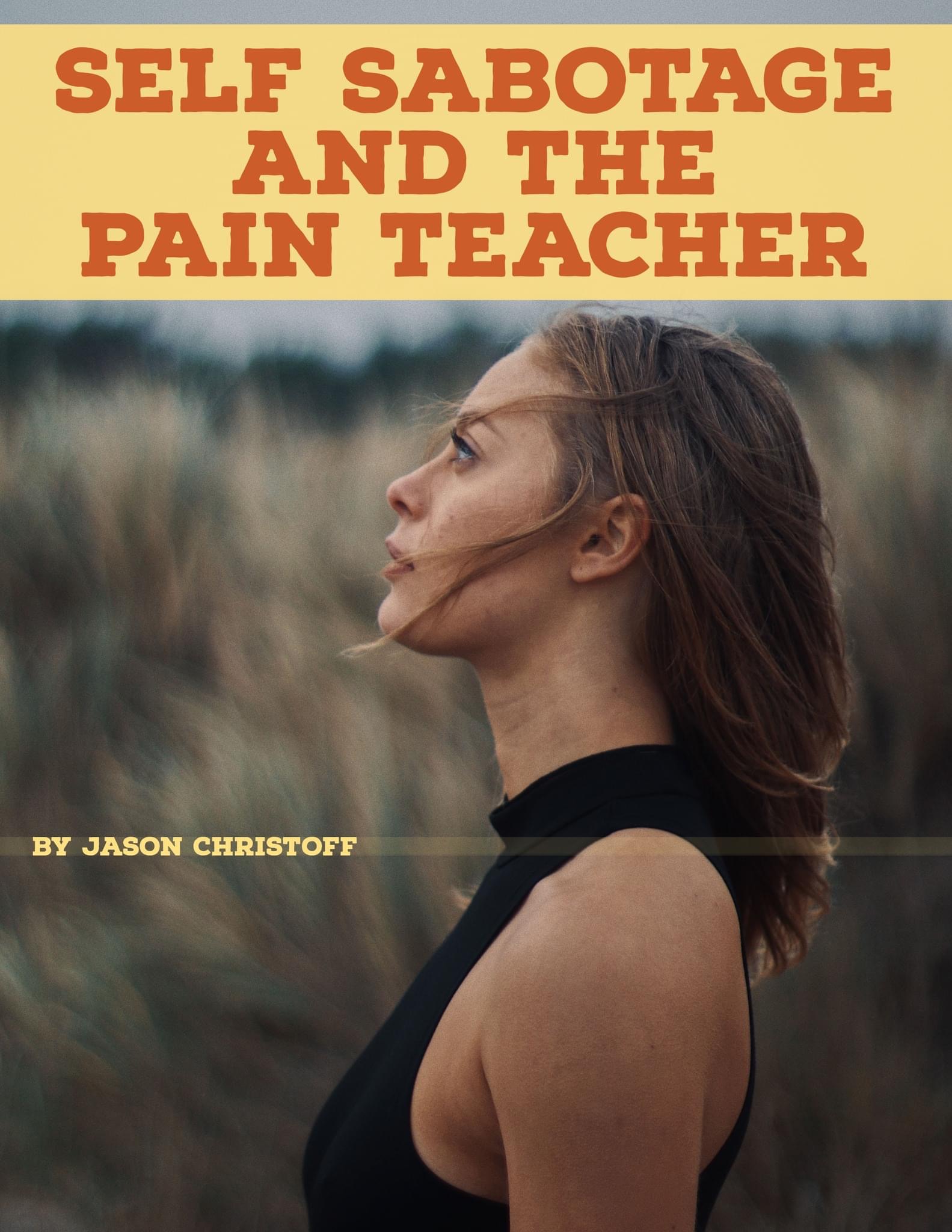