How Many People Actually Fall In Love With What They Hate This may sound odd, but this is more common than anyone would ever believe, simply because of how the mind is wired for safety instead of happiness. Let's take a person who lives in a poor area of town, which has street gangs. There are gangs in the rich parts of town as well (they're called government) but we'll get to that gang in a bit.
Back to the street gang situation in the poor area of town. Let's imagine that the street gang beats up a young man at night, as he's walking home from a hard day's work (Work is what really builds a community). The young man who's battered and bruised develops anger, hate and rage against the gang....which is logical. This reaction is natural but what's also natural is that the nervous system of the young man also notices very clearly that the gang never beats up the members of its own gang. So, although the conscious mind develops a defensive "hatred" based stance against the dangerous gang, the subconscious (a more compliant defense system inside of us) understands that joining the gang is actually the safest card to play in regard to acquiring long term safety in the current environment. The subconscious falls in love with what the conscious mind hates. The subconscious is a master of controlling our behavior from the invisible/automatic parts our nervous system, in order that we find safety.....without our conscious involvement whatsoever. This effect can also be openly observed in Battered Woman's Syndrome. This effect is documented openly and frequently in psychology. We can indeed fall in love with what we hate and this can happen outside our conscious awareness....as in most cases it's completely automatic.
This dueling drive in the body (falling in love with what you hate) is known officially as "Stockholm Syndrome". This phrase "Stockholm Syndrome" was coined during a bank robbery in Stockholm Sweden where many female bank tellers were taken hostage for days during a bank robbery. The conscious minds of the tellers didn't enjoy the terror, panic and fear obviously, but their subconscious defensive system had another plan to stay alive......which was to fall in love with the bank robbers, to support them and to get romantically involved with them. This is how we as humans can fall in love with what we hate because it's actually safer to be on the bully's side than it is to stand against the bully. The weaker someone is physically, financially, mentally and spiritually the more severe this adaptation. The stronger that the bully appears, the more this response is up-regulated as well. Now let's get to a situation where the public is made purposely weak for decades in advance and then a government is scripted to become hyper aggressive against that purposely weakened populace.
Oddly enough this "fall in love with your captor's effect" is theorized to be the motivation as to why many people today try to rabidly leapfrog each other into all forms of government employment, in order to acquire safety with the biggest bully on the block. As a person is purposely weakened physically, financially, spiritually and mentally by official state policies......the more this psychological response can be intensified in the public. This documented psychological response can act as the primary motivator to purposely weaken the pubic in those 4 key areas. This documented psychological effect of forcing the subconscious to fall in love with an aggressor is still applied heavily to the population today, as this was the foundational reason why all world governments became instantly aggressive with all their citizens simultaneously....because roughing the population up actually increases government loyalty. It's the exact opposite of what most people would ever believe. The more cruel the government, the more the people comply and start falling in love with the force bullying them.
This psychological trickery is what turns most people into compliant order following infants during a time of government brutality, when it's only logical to assume the opposite effect would occur. Logic and the subconscious don't blend. The people ruling us know this. The only science that's truly settled is the science of psychological control of the human animal and the human herd. In my estimation most government employment stems from mild or moderate forms of Stockholm Syndrome coupled with a purposely engineered weakness in those 4 essential areas of personal strength. Ruling groups whose scripts are based on the documented psychology of human control have motivations to both weaken the public and to increase brutality of the same public. If the public aren't aware of these trends, they can indeed fall in a historical trap and fall in love with their captors very easily. If you still don't understand this effect, just look out the window.
If you want to learn more about the strong psychological manipulation, you're put under routinely each and every day down here on the human farm, please get on my private email list by emailing me personally at jason@freedomfromselfsabotage.com 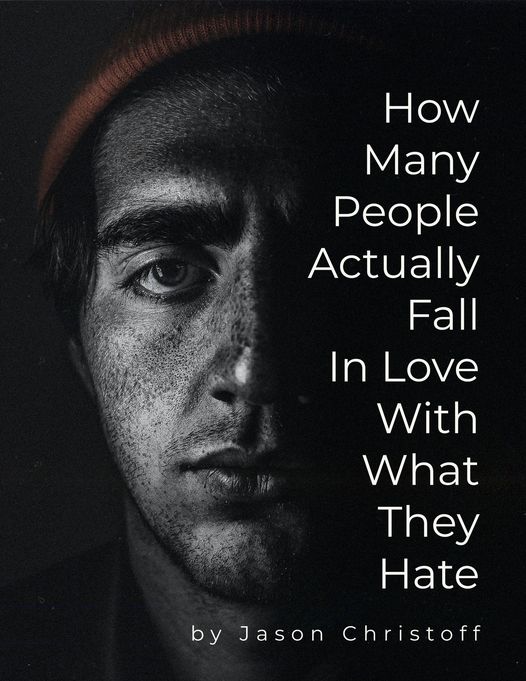