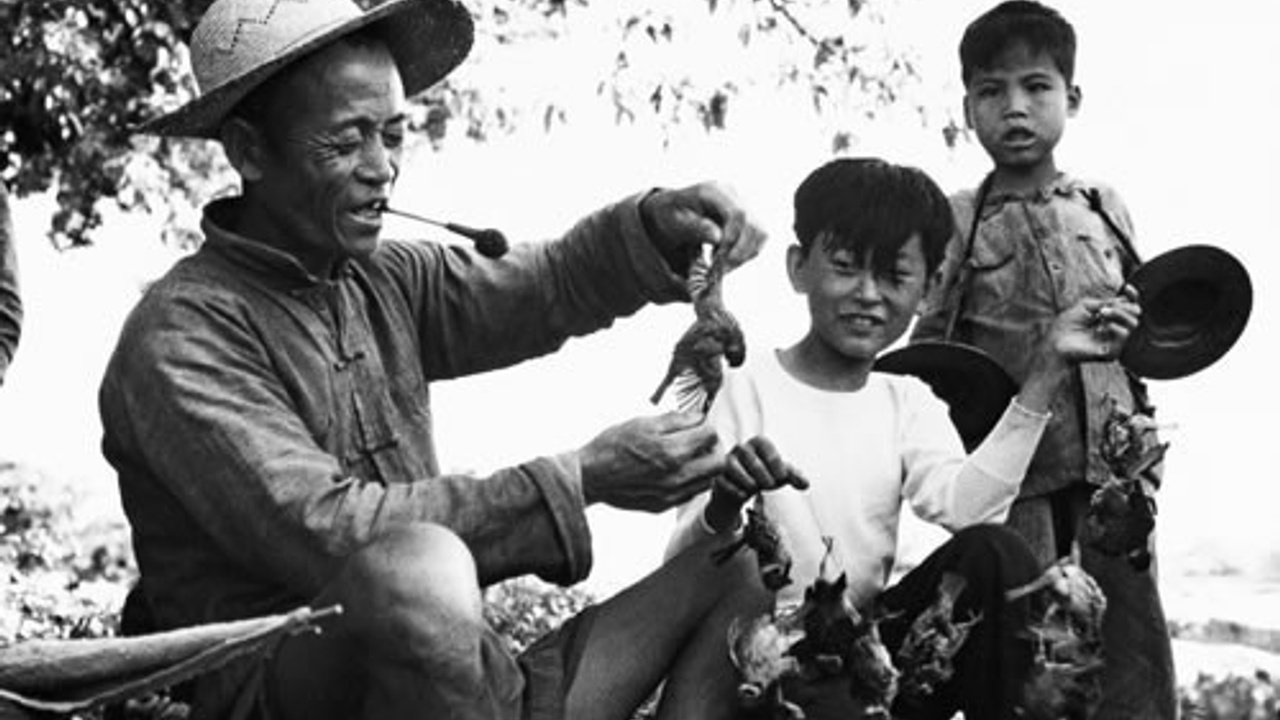 In China in the 1950's, mis-leader Mao Zedong had a campaign called "The Great Leap Forward". Please focus on the name of this government policy involving the word "great" because the powers that shouldn't be often recycle phrases and names that help them achieve their goals. Regardless, during "the great leap forward" Mao sanctioned the killing of 4 different "pests" including sparrows, in order to fight the food shortages that were happening because of certain policies already enacted by the same government. The sparrows were said to be one of the pests eating the crops. "It's not us" said the government.... "it's the sparrows!". OK, thanks big brother, you would never lie to the public, or would you?
The Chinese people wanted to vent their frustration energy into any project that may end their collective hunger so they complied with killing sparrows as fast as they could. Some estimates place the killing of the sparrows at 600 million but there was one problem. The sparrows ate the locusts. With no sparrows, the locust populations accelerated to biblical levels and consumed large tracts of the harvest........making the food shortages even worse. Now if you think this was an accident or if you believe that governments don't expand and seize power by making each situation government touches worse, than you haven't looked out your window and analyzed what's going on at any time during your lifetime. Disaster capitalism is the expansion of power and rule through perpetual failure, which is executed purposely from the top down in a targeted society. Stop watching the screen and start watching real life. Then think a little harder as to what's happening now and what's been happening on this planet for a very long time.
In the 1600's in London England there was a disease outbreak tied to fleas. The government blamed the cats and the dogs for the flea issue. The UK government swiftly ordered the killing of all dogs and cats, killing 40,000 dogs and 200,000 cats. This not only pushed pet owners into a massive stress response, which increases the ease by which people are governed, the animals carrying the fleas were actually the rats........and not the cats or the dogs. With 200,000 cats now missing from downtown London, the rat population exploded, and everything got worse of course. Again, if you think this cycle isn't only calculated or you think that this cycle could be in no way an old ruling man's trick.....you're not paying close enough attention. As an added insertion of extreme sarcasm, I will say....."thank God we're not seeing anything like this today". Insert eye roll and face palm here. Start connecting the dots folks because the truth tellers are being censored. It will be up to you to figure things for yourself going forward, without us pointing things out directly.