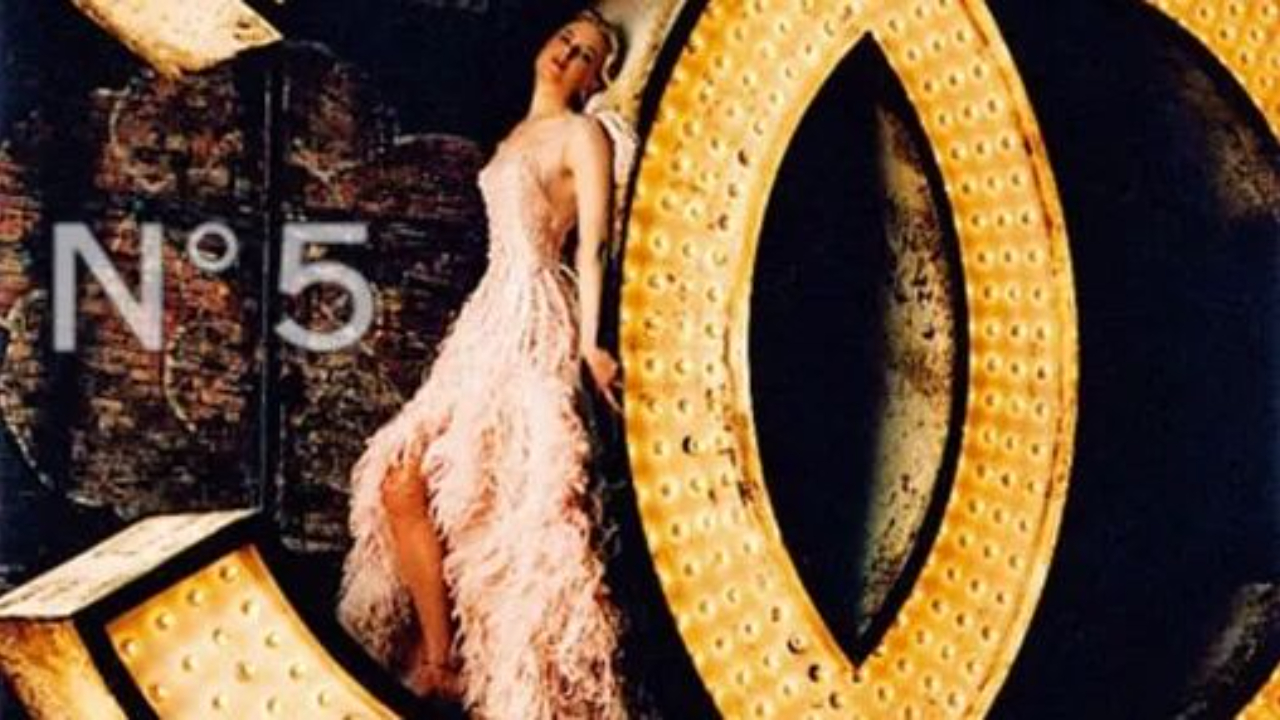 The logo from Chanel is what's better known as the vesica piscis. In many academic circles this shape is known as the sacred geometry that equates to the female vagina.
The number 5 is the fifth letter of the alphabet, the E. Our language is derived from ancient Egyptian or what some people call phonetician, the prefix of that word indicating the Pharaoh. We need to be on guard for any word that starts with the ph prefix or pha sound like pharmacy, spelled farmacy in many EU countries, as the Egyptians were also experts in using chemicals to rule the population via a down regulation of brain function through toxins (Pharmakia means poison in many ancient languages). Like all ancient Egyptian, each symbol in their written language was a symbol for other ideas. This hidden structure of our language, not taught in schools to the slave class, is the hidden communication and hypnotic based programming, the ruling class uses upon the slave class to this very day.
The 5 means E and E means the 5th element, the ether or spirit......or what we know as magic. 5 or E also equates to the 5 pointed star, which our society is still obsessed with today (The pentagram, pentagon etc.). The American flag is covered with stars. There is an Egyptian style obelisk known as the Washington Monument, in the central city of that nation, all designed to provide a tip of the hat to who's really behind our enslavement to this very day. The height of the Washington Monument is 555 feet and 5 inches tall plus it's 55 feet wide feet at the base. This monument is across from the Pentagon, a 5 storey, 5 sided pentagon, that's made up of 5 pentagons inside of each other. This ancient Egyptian group is obsessed with the invisible magic of the 5's. The Pentagon's first day of construction was Sept 11th, 1941. Sept 11th is the first day of the Egyptian New Year, a day of celebration. There's more going on than you're taught in school, especially regarding the model for this Chanel #5 advert, Nicole Kidman. Maybe investigate her Australian father to start your research and do it on uncensored video sites.
Any invisible force, which acts on the physical world, is magic. Examples of ancient magic (invisible forces affecting physical reality) are bird/fish migration, the tides, what holds the moon in place, love, what powers the Universe and how does a baby actually start to grow inside the womb. Chanel #5 means the magic chanel, which is the vagina. Chanel means the magical "tube" of the female vagina, (the vesica piscis) which delivers life from the invisible God source or creator, into the physical world. Egyptians really wanted to find the God or creator source so they could control life and death....and then take the place of God. The two C's (C C) can also mean SEE-SEE the vagina, the magical chanel/tunnel/tube #5. Do you know what's going on? Are you sure?