45 Years Of Mask Studies Prove They Are Worthless 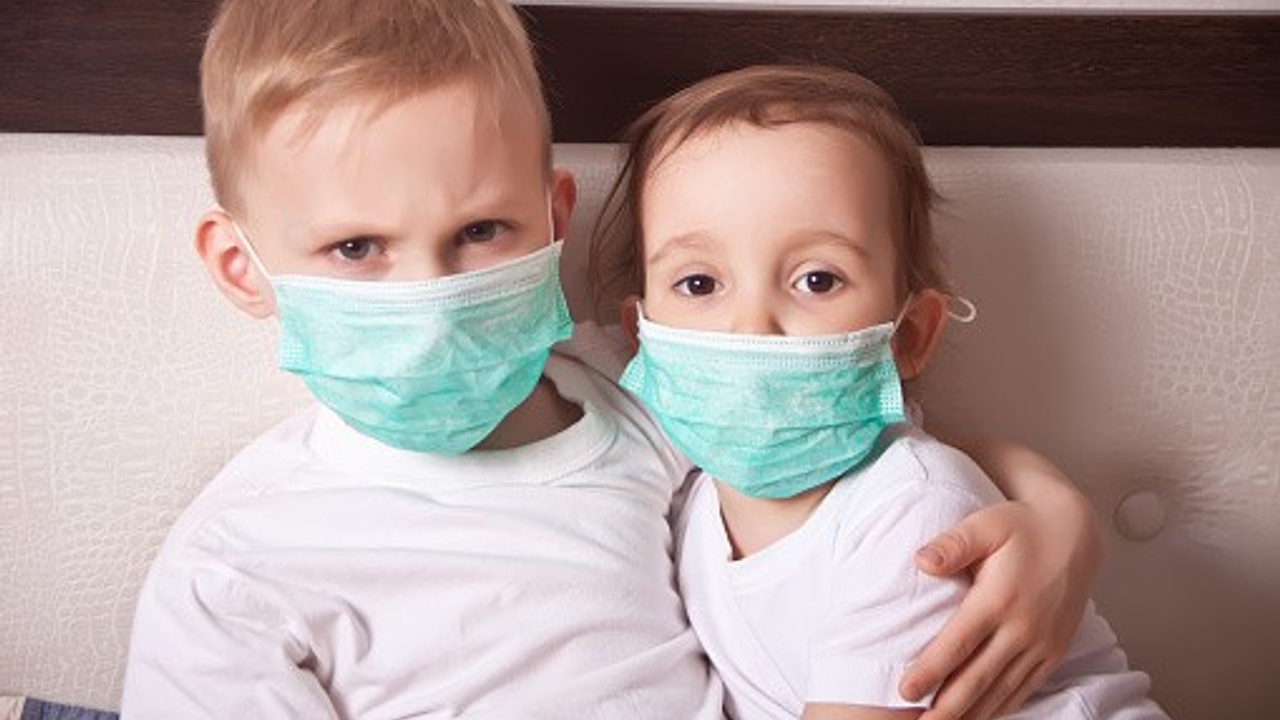 Parents who are standing up against the masking of their children at school board meetings are being threatened. Attorney General Merrick Garland admits he took the word of the National School Boards Administration that parents voicing concerns at their local school board meetings should be targeted as “domestic terrorists.”

Citing an increase in harassment, intimidation and threats of violence against school board members, teachers and workers in our nation’s government run schools, AG Garland met with federal, state, Tribal, territorial and local law enforcement leaders to discuss strategies for addressing this “disturbing trend.” What? Parents concerned for their children is a “disturbing trend?”

However, when Garland was questioned by Rep. Jim Jordan (R-OH), not one citing of intimidation or violence could be shown by parents across the USA against any school board members. The lies of the stakeholder authoritarians keep pile up.

At an elementary school in Portland, Oregon, kindergartners were videotaped eating lunch outside and sitting on buckets socially distanced in 40-degree weather. That is child abuse, and parents are infuriated. State and local health departments are still mandating masks for school children and parents have realized how detrimental masks are to their child’s mental and physical health. They’ve complained to their local school boards.

The mask tyranny has even hit the red state of Tennessee in Shelby County. Parents were enraged that they weren’t allowed into the board meeting and police were there to keep them out.

Research reveals that prolonged use of Covid masks, homemade or N95, can cause anywhere from five percent on up to 20 percent loss of oxygen, leading to hypercapnia (excessive carbon dioxide in the bloodstream typically caused by inadequate respiration), panic attacks, vertigo, double vision, tinnitus, concentration issues, headaches, slowed reactions, seizures, alterations in blood chemistry and suffocation due to air displacement.

We are killing our children! Wake up America and get these things off your children’s faces!

We cannot allow children to continually breathe in exhaled carbon dioxide (CO2). Even National Institutes of Health (NIH), a stakeholder in this vile jab for Sars-coV-2, states this is dangerous to your health. It can lead to a light-headed, dizzy, flustered feeling from repeatedly re-breathing back in your own already processed air. Those are just the beginning warning signs of much more serious health problems.

According to Amesh A. Adalja, MD, and senior scholar at Johns Hopkins Center for Health Security in Maryland, “wearing a mask day in and day out can lead to alterations in blood chemistry,” and that leads to “changes in level of consciousness.”

A German neurologist, Dr. Margarite Griesz-Brisson, MD, PhD (in pharmacology), who specializes in neurotoxicology and environmental medicine, warns that oxygen deprivation from prolonged Covid-mask wearing can cause permanent neurological damage. She states in her research, “The re-breathing of our exhaled air will without a doubt create oxygen deficiency and a flooding of carbon dioxide. We know that the human brain is very sensitive to oxygen deprivation. There are nerve cells for example in the hippocampus, that can’t be longer than 3 minutes without oxygen – they cannot survive. The acute warning symptoms are headaches, drowsiness, dizziness, issues in concentration, slowing down of the reaction time – reactions of the cognitive system.”

People think they’ve gotten used to wearing masks, but what they’ve actually gotten used to is having less oxygen in their brains. They no longer mind the masks because once a person has chronic oxygen deprivation, all of those symptoms disappear. The person gets accustomed to the deprived state; however, their efficiency remains impaired and the lack of appropriate oxygen delivery to the brain continues to dangerously progress. They literally are losing their minds.

People have so fallen for the fear factor of this virus with a 99.8% recovery, that they are wearing their masks in their cars, their homes, when they are outdoors or exercising. Children are forced to wear their masks all day at school, with minimal or zero mask breaks, even during recess. This is child abuse! 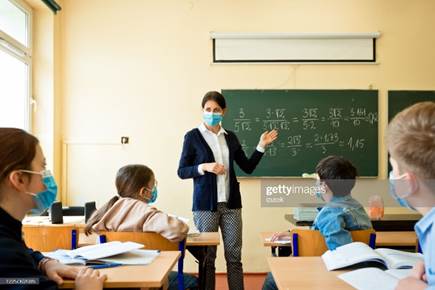 Masking Our Wee Ones

The oxygen deprivation mask syndrome is sweeping the globe and more are at risk.

Dr. Mark McDonald, a double board-certified clinical psychiatrist told of the damage to our children. Dr. McDonald said, “We’re not in a medical pandemic, we’re in a fear pandemic.”

He believes that what is driving the fear now is propaganda.  He said that children, unlike adults, don’t just bounce back; those children will not regain their psychological health.  As a child psychiatrist, he treats children all day long.

He stated, “The developmental stage children need to go through, babies, toddlers, young adults, is being foreclosed on them.  Brown University Department of Pediatrics published a study in mid-September that found that babies born after January 1st, 2020, when this whole pandemic started, had an IQ point drop of 20 points compared to babies born before January 1, 2020.  That’s huge!  Why?  They don’t see faces, they don’t play, they don’t have exposure to friends, they don’t go to school.  They’re basically locked in their homes looking at their parents for two years and their brains have not developed.”

“My concern is that we are building a generation of young people who are so traumatized that they will never fully recover from this.  Even if we give them therapy and treatment, they’re always going to be damaged from this and be scarred emotionally.  I don’t mean for it to be depressing, I mean for it to be alarming so that everyone can finally say, ‘STOP.’ We’ve got to stop the damage and then figure out what to do about it.”

It’s way past time to acknowledge what has been done wrong and the biggest problem was masks on children who rarely get or pass the virus.  To close their faces off from their peers and to wear face diapers in public is a developmental atrocity to our youth; I see it as child abuse.  Many parents home school, and those children have no social disabilities, but masks are a blockage that destroy interpersonal relationships and change the lives of these children for decades to come. And they destroy the brains of these youngsters by depriving them of proper oxygen.

Fear is a great driver, when fear is in the minds of people, they actually don’t want much public discourse, they don’t want much discussion, they basically just want to be told what to do. The easiest thing to do is to defer to some type of agency. The agencies who are calling the shots here are ones that typically don’t call the shots.

Nor should we look to other unelected parties to tell us what to do, and that includes our local health departments who have advocated mandates that are destructive not only to children, but to all citizenry. And the latest is the euphemistically named Congressional bill H.R.550 (Immunization Infrastructure Modernization Act of 2021) which paves the way for state and local health departments, as well as public and private health care providers, to share personal health data with the federal government. The bill has hundreds of millions of taxpayer dollars allocated to the tracking system’s success.

Do masks actually work? The best studies suggest they don't, appeared in The Washington Examiner on August 12, 2021. (Please read the short article.)

One free-thinking university professor at New York University was finally cleared for questioning masks in his class on propaganda. Mark Crispin Miller took the stance of many independent scientists, questioning some of the motives of government and public health officials, as well as their often-vacillating stances on Covid-19. Both students and other professors found it reprehensible that Miller was “thinking outside the box.”

In August of this year, I wrote an article, The Mask Nazis Have Blood on their Hands, and told the story of Dr. Orr who found that not wearing surgical masks cut infections in half.  When I’ve told people about this, they wanted the article.

Their conclusion: “It would appear that minimum contamination can best be achieved by not wearing a mask at all” and that wearing a mask during surgery “is a standard procedure that could be abandoned.”

Dr. Arthur Firstenberg took all of this a step further in his research and published the following in August of 2020. He scoured the medical literature, sure that this was a fluke and that newer studies must show the utility of masks in preventing the spread of disease. But, “the medical literature for the past forty-five years has been consistent: masks are useless in preventing the spread of disease and, if anything, are unsanitary objects that themselves spread bacteria and viruses.”

Here are his amazing findings:

Schools in China are now prohibiting students from wearing masks while exercising. Why? Because it was killing them. It was depriving them of oxygen and it was killing them. At least three children died during Physical Education classes — two of them while running on their school’s track while wearing a mask. And a 26-year-old man suffered a collapsed lung after running two and a half miles while wearing a mask.

“We are living in an atmosphere of permanent illness, of meaningless separation,” writes Benjamin Cherry in the Summer 2020 issue of New View magazine. A separation that is destroying lives, souls, and nature.

This last portion of this article should be used by the many parents fighting school boards who want to put these horrid face diapers on children for many hours every day. Feel free to distribute widely. God help us to get these evil things off everyone’s faces, but especially the wee ones.